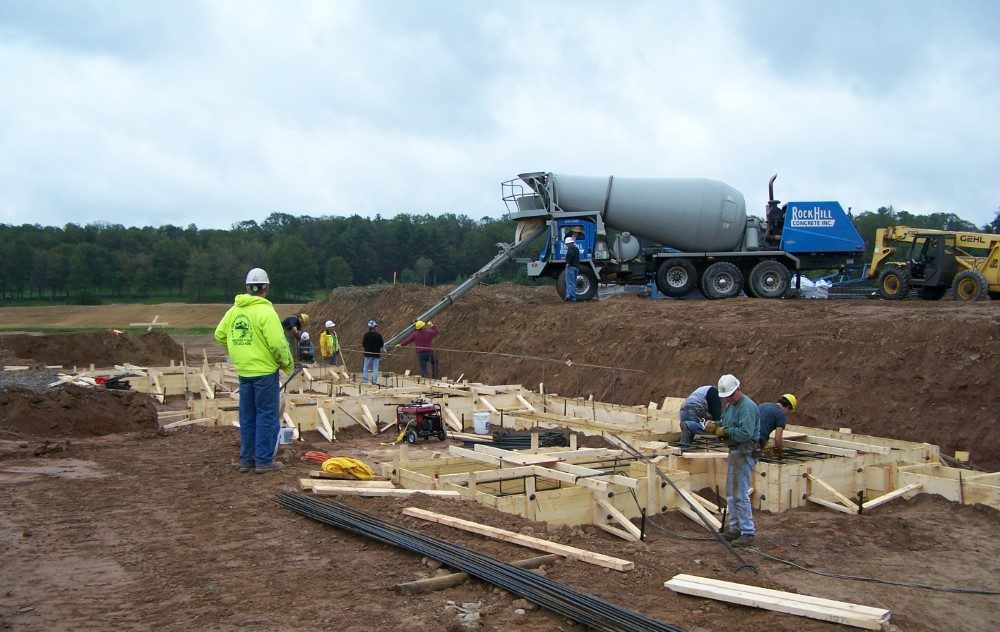 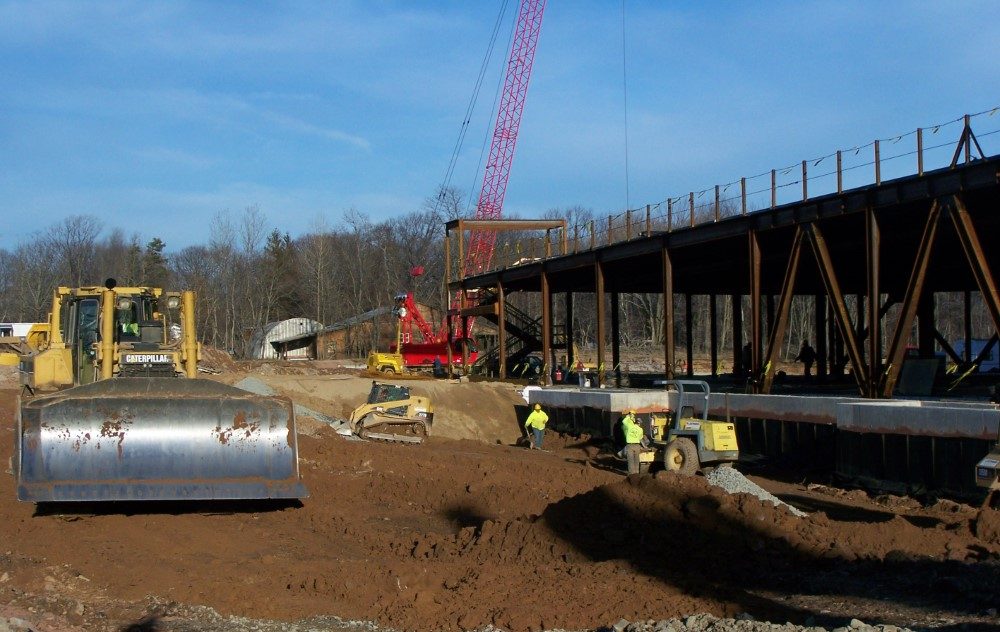 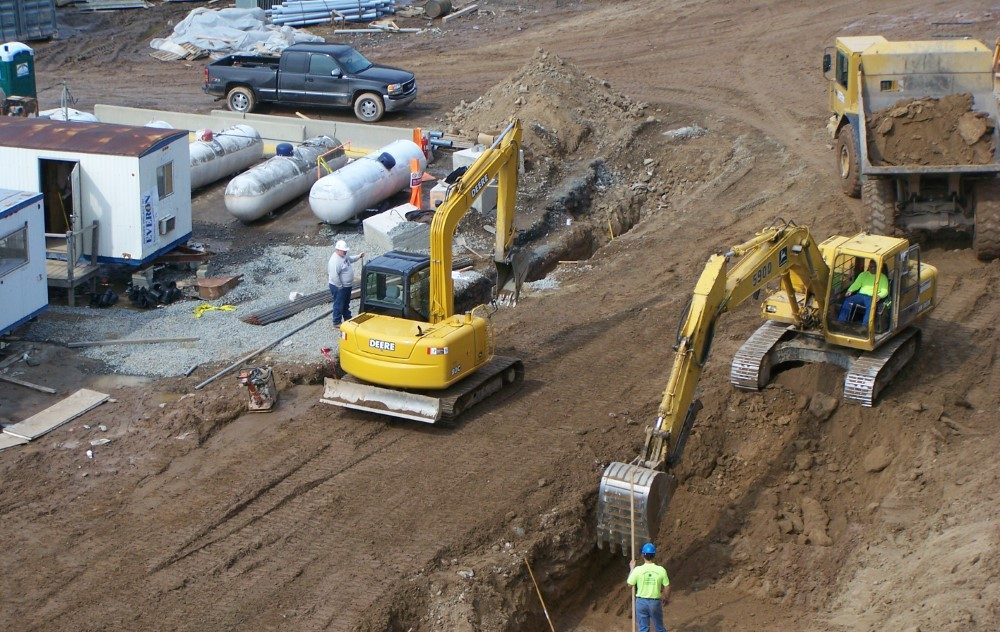 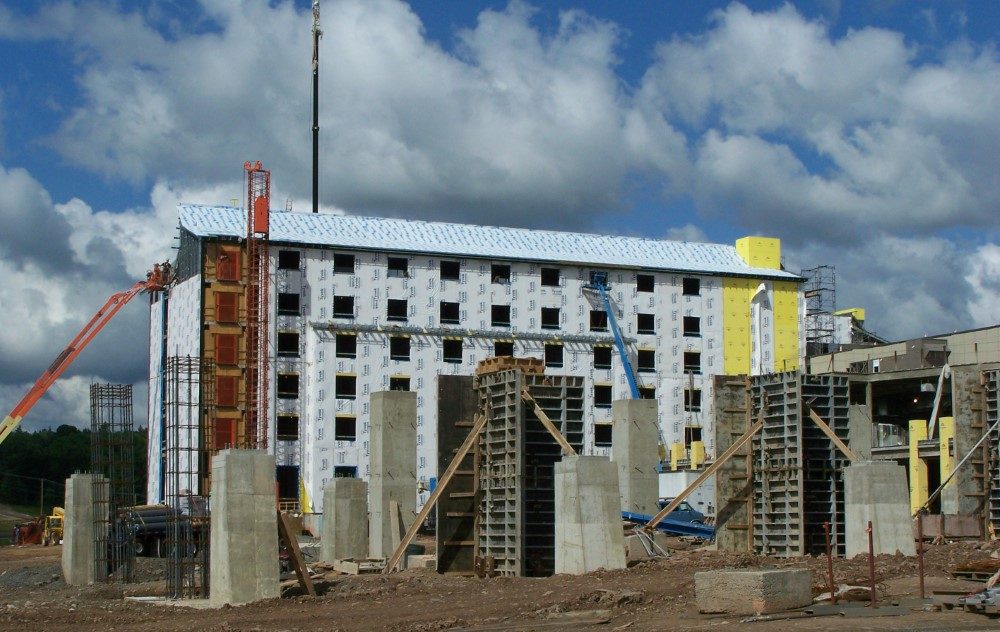 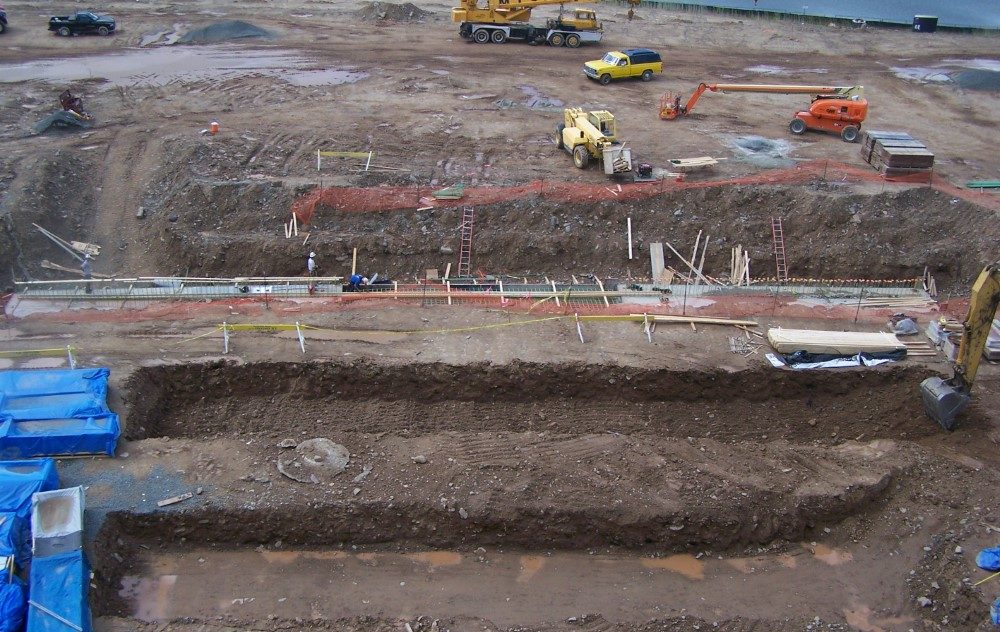 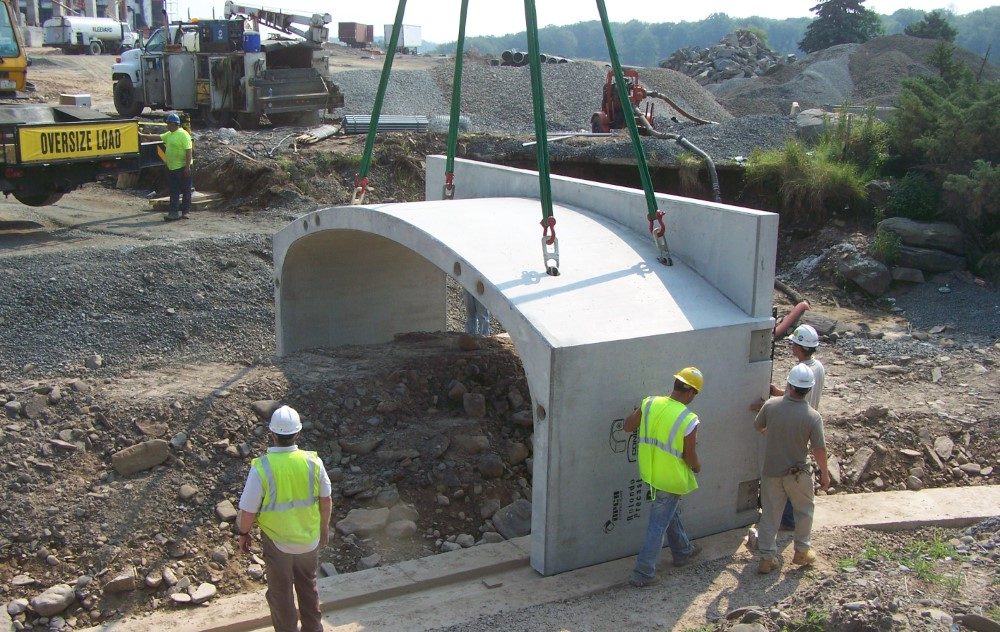 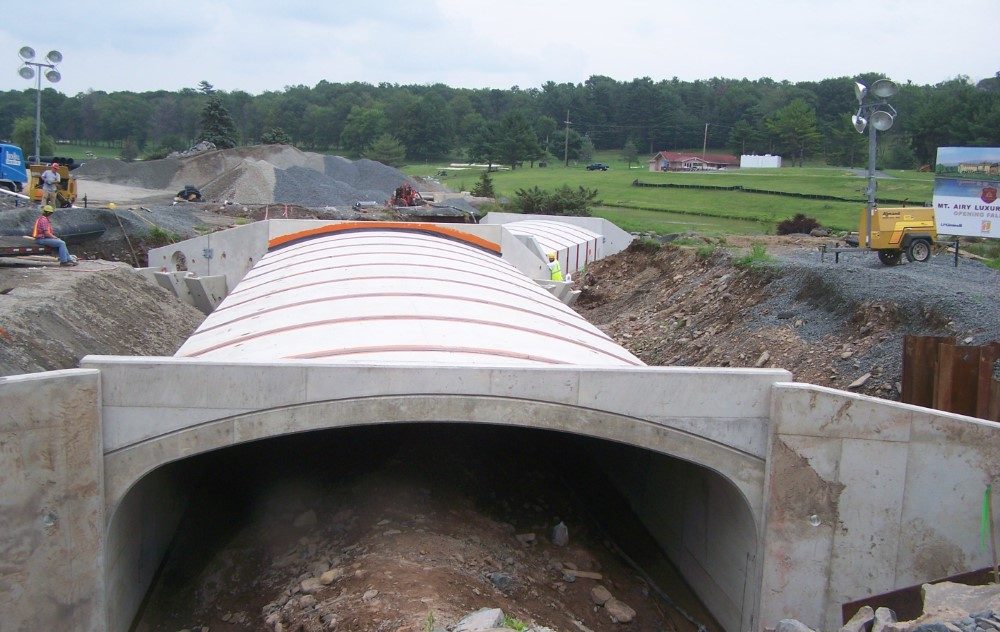 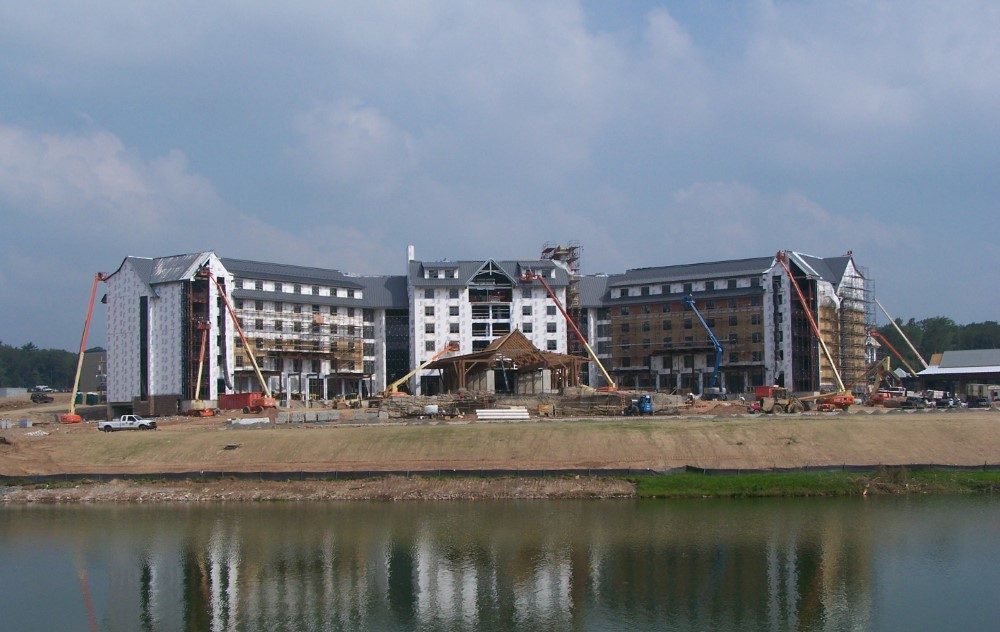 “Taking a gamble”:  Leeward Construction, Inc. entered into three contracts in 2006-07 to forge the infrastructure for the Mount Airy Resort & Casino.

When the ink dried, Leeward embarked upon on of their largest ventures.  With multiple projects going on at once, massive quantities and an extremely short timeframe, Leeward knew their capabilities were going to be tested.​

Astoundingly, Leeward’s crews moved a combined 272,268 cubic yards of earth throughout the entire building process; a quantity that is comparable to filling the Washington Monument almost seven times.  The bulk of the excavation was the Main Site for the Casino.  The remainder of the excavation was for the parking areas and the reconstruction of Woodland Road.​

The vital essentials of any building are a well-designed sewer and water system capable of sustaining the inhabitants. With well over one hundred years of collective experience, the task of installation was placed in the hands of Leeward’s pipe crews.  When the final lift of earth was compacted; 9,417 linear feet of sewer line and 21,777 linear feet of water line had been installed.

One of the most common causes of erosion of roadways and surfaces is an ineffective drainage system. The preventative measure designed included a massive amount of storm piping and structures; 34,865 linear feet of storm pipe.  As the dust settled from the equipment rumbling down the road, twelve and a half miles of pipeline was installed and in operation.

As the Casino site began to take form, it became evident a safe route would be required for the patrons to cross Woodland Road.  The solution; a pedestrian bridge.  A pre-fabricated structure arrived and crews worked to assemble the bridge on site.  When all was said and done, the completed bridge included concrete footings, stairs with two landings and a beautiful lighting system which illuminated the client’s way to the Casino.​

Aesthetically speaking, the project had three major finishing touches which completed the overall conceptual design of the complex.  Nearly six miles of Belgian Block and Concrete Curb was placed to frame the Main Site and Woodland Road.  Colored Concrete sidewalks leading from the parking areas to the main building was the next step of the process. Finally, Leeward’s “closers” came in to pave the entire project area with an incredible 59,000 ton of asphalt.  From one end of Woodland Road to the intersection with State Route 611, crews worked tirelessly to shape the road; from 2A stone subbase thru the wearing course of bituminous pavement.

With the fall foliage as a backdrop, the doors of the Casino opened in October 2007.  The exhausted crews of Leeward had accomplished a feat many had considered a longshot.  The massive project was completed in a mere fifteen months.